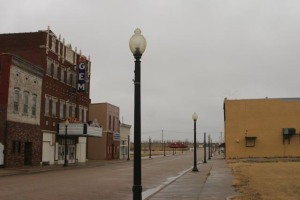 If you look at a map Cairo, Illinois, jumps out as a place where you should stop. Betsy has always wanted to visit Cairo. It is the southernmost town in Illinois, at the intersection of the Ohio and Mississippi Rivers, and at the intersection of three states. It has much history and reputation. Mark Twain saw Cairo as the promised land in Huckleberry Finn. It was treated as the gateway to the West in Michener’s Centennial.

Cairo has also been depicted as an American “abandoned” community, included in a British expose as a symbol of the decline of the American heartland. It has been called America’s most depressing city, its forgotten city,  a ghost town.

After a short visit, we concluded Cairo is a defining community in our current American challenge and narrative. Cairo is perhaps the epitome of economic decline, mostly unreconstructed from the catastrophic physical effects of a natural disaster, and carrying the look and feel of a community that has experienced devastating racial conflict.

Visually, Cairo is one of the most compelling places we have seen: we are still haunted by our visit there. The poverty is extreme, protective levees loom on the edges of town, many houses and buildings are vacant and in disrepair, and the community’s economic decline is overwhelming.

The local dining spot in Cairo is the Nu Diner. Inside, the all-white clientele’s conversations are about health, and whether one of the customers should be on the road driving. Not surprising, everyone knows everyone and their business.

It is very much the story that is at the heart of the Trump narrative. A community originally built up around railroad and riverboat commerce, it reached its peak in population and prosperity in the mid 20th century. Economic change as well as natural and man-made events have created a cascade of decline in this community. Changes in railroad and river traffic, the creation of new bridges and interstates that passed it by, and the outmigration of indigenous businesses have left a hollowed-out core of a community, without institutions, commerce, and population. Local community residents and advocates continue to rebuild and push for recognition and response, but it is in the context of virtually no audience at the County, State, and Federal levels.

Cairo’s racial history is wrenching. Since the 19th century to the present, the city had a history of lynching, voting restrictions, and violence, including some horrific public hangings and shootings of African Americans. The death of a 19-year-old African American soldier on leave in 1967 (found hung in the police station) led to four years of protests, boycotts of white businesses, and demonstrations. A “citizen protection group” known as the White Hats, claiming to provide neighborhood protection, incited a counter organization, the Cairo United Front. This African-American group demanded policy responses and orchestrated a decade-long boycott of white businesses. The ensuing conflicts between white and black residents and organizations produced violence, legal skirmishes, outmigration, and ultimately the closing of businesses in the commercial district.

Now, 60 percent of the children in the Cairo Schools live in poverty. Cairo ranks as the poorest community in Illinois, the 15th poorest in the United States. Poverty this extreme,  combined with the absence of a baseline economy to provide the opportunity to climb out is an extraordinary indictment of our American social contract and promise of an American dream.

We visited Cairo on precisely the days that the hearings for Secretaries of HHS and HUD were occurring. We kept wondering if our national leadership and politics has any sense of the dire situation of towns like Cairo? What is President Trump’s (or the Democrat’s for that matter) answer for Cairo? Nothing in the questioning or sensitivities of these Congressional hearings remotely touched on issues of race, rural economics, community reconstruction, or public policy that fundamentally handcuff communities such as Cairo, Illinois. Out of sight and out of mind.

This essay was originally posted on https://lawlorvan.com

As follow up, NPR published an important story of decisions by the State of Illinois and HUD to abandon investment approaches in Cairo, and instead provide assistance for residents to relocate. The story is Saving Cairo: A Once Thriving River Town Finds Itself On Life Support. 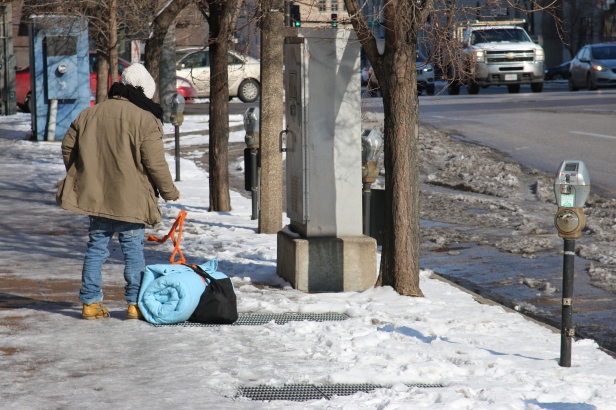